This Abraham Lincoln Statue Replica,High: 3 foot. the size is large for a bust. and our client Jim want this Lincoln statue for outside of University. 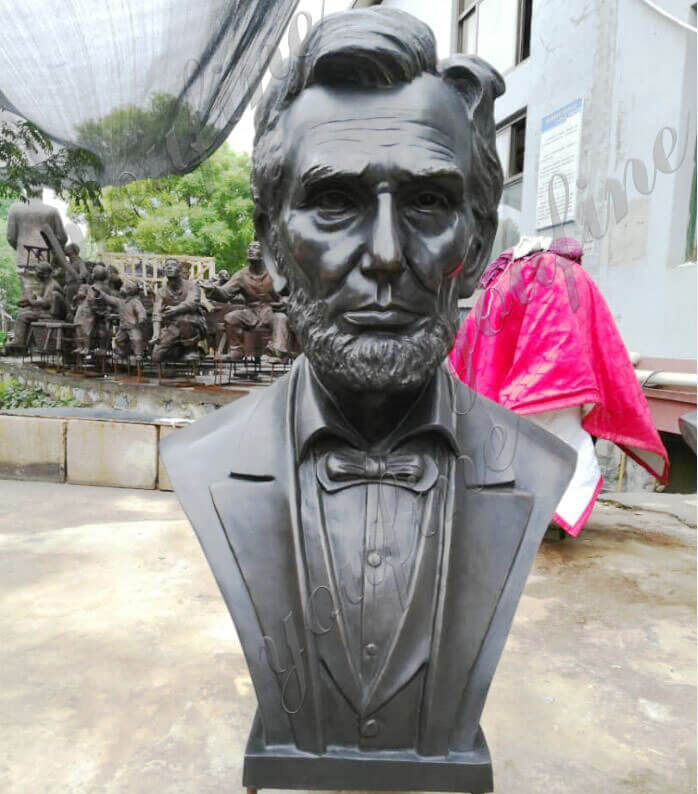 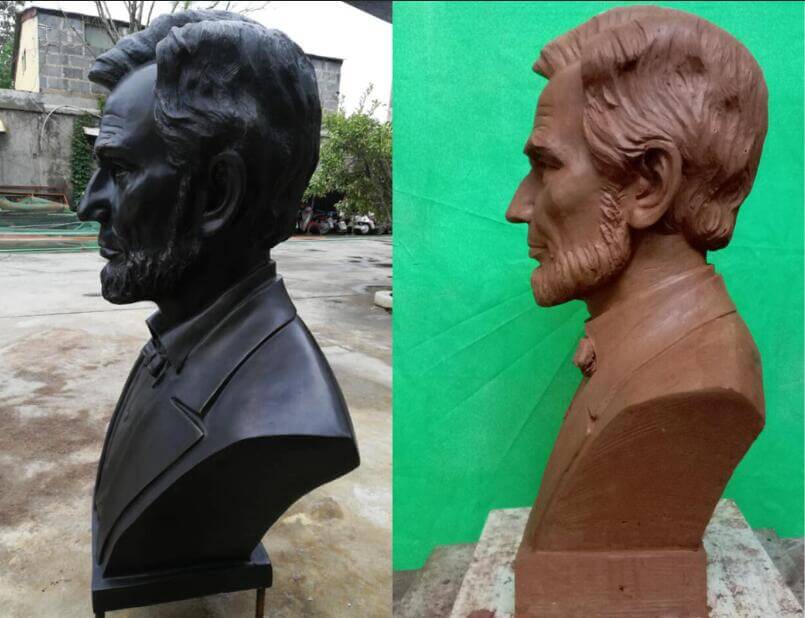 From miniature to huge casting sculptures bronze and in other metals and resin. We zoom in and out from the design and hope to support your project model modeling, font, static, shipping, and local installation.

Our staff are experienced sculptors, chisels, trimmers and repair tools – every step has qualified contacts. we accept any custom made sculptures.We offer artists the opportunity to make models in our studios. In addition, they are actively involved in the manufacturing process, whether it’s mold making, wax finishing, chiseling or egg laying. 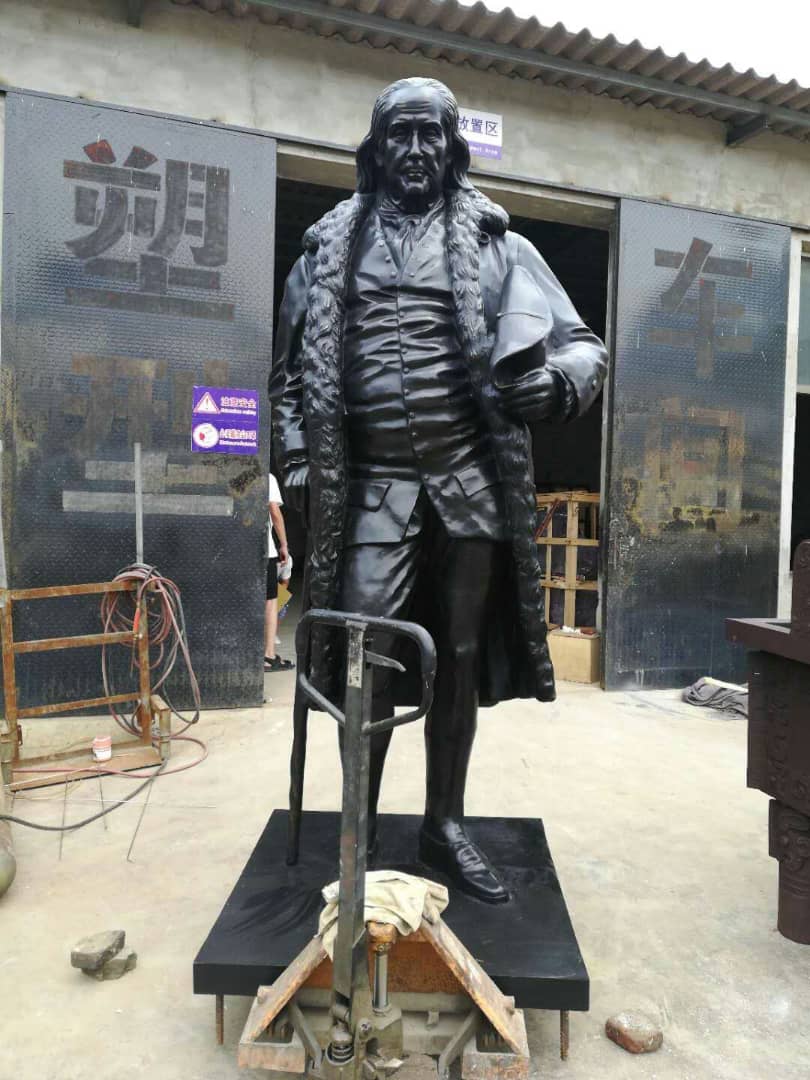 Art is communication: a gallery in the exhibition room, a framework for dialogue on all aspects of our activities and seminars.

Abraham Lincoln, who became the 16th president of the United States in 1861, released the Emancipation Proclamation, announcing the eternal release of slaves from the 1863 confederation. In his inaugural address, Lincoln warned the south: “In my hands, my disgruntled countrymen, not my countrymen, are the major problems of the civil war.” The government will not attack you … You have not registered your oath in Heaven to destroy the government, and I will have the most solemn oath to protect, protect and defend it.

“ Lincoln believed that separation was illegal and was willing to use force to defend federal laws and alliances. When the Confederate battery fired at Fort Sumter and forced surrender, he summoned 75,000 volunteers to the states. Another four slave states joined the Federation, but four remained in the union.

The civil war has begun. As the son of the Kentucky State Pioneer, Lincoln had to struggle for sustenance and learning.

Five months before accepting the party’s presidential nomination, he sketched out his own life: “I was born on February 12, 1809 in Kentucky State, in the County of Harlem. My parents are all born in Virginia State, they are homeless families-the second family, perhaps I should say. My mother, who died in my tenth year, was a family named Hanks … My father…… Moved from Kentucky State to Indiana, in my eighth year … It is a wild region, and many bears and other wild animals are still in the woods. I grew up there … Of course, when I was an adult, I didn’t know much about it. Somehow I can read, write and password … But that’s all.

“ Lincoln worked on the farm, divided the rails for the fence, and made an extraordinary effort to gain knowledge when Illinois State new Salem kept the store. He was a captain of the Black Hawk War, working in the Illinois State Legislature for eight years and touring the court for many years. His legal partner said to him: “His ambition is a little engine that doesn’t know how to rest.”

” He married Marytord, and they had four boys, of whom only one lived to maturity. Lincoln competed with Stephen Douglas Senator in 1858.

He lost the election, but in the debate with Douglas, he won a national reputation, winning the 1860-year Republican presidential nomination. As president, he has built the Republican Party into a strong national organization. In addition, he has assembled most of the Northern Democrats into the Allied business.

On January 1, 1863, he released the Emancipation Proclamation, announcing the eternal release of slaves within the federation. Lincoln will never let the world forget that civil war involves bigger problems. He said most eagerly that he had offered a military cemetery in Gettysburg: “We are highly determined here that these dead will not die in vain-this country, under God, will have a new freedom to be born-and the people of the Government of the people, for the people, should not perish from the earth.”

“ Lincoln won re-election in 1864, as the alliance’s military victory heralded the end of the war.

In his peace plan, the President was flexible and generous, encouraging Southerners to lay down their arms and quickly join the reunion. The spirit that led him was clearly his second inaugural address, now engraved on a wall in Washington’s Lincoln Memorial. C. : “No malice against evil, a charity for all; If God gives us the right right, then in a firm right, let us strive to do the work we do, bind the wounds of the state …

” On Friday, April 14, 1865, Lincoln was assassinated by an actor John Wilkesburges in the Ford Theater in Washington, D.C., in a way he thought he was helping the south.

The opposite is true, as the possibility of peace and customs disappears when Lincoln dies. WhiteHouse.gov’s presidential biography is from the president of the United States of America, Frank Freidel and Hugh Sidey. Copyright 2006 by the White House Historical Association.