Home » News » Blog » What are the auspicious meanings of the bronze lion sculpture?

What are the auspicious meanings of the bronze lion sculpture?

Bronze lion sculptures are the most familiar animal sculptures. They are often placed in courtyards, factories, companies, banks and other places. Lion sculptures originated in ancient times and have the function of blocking evil, attracting wealth, and exorcising evil. Therefore, it occupies an important position in the life of mankind throughout the ages, so why can lion sculptures have the effect of exorcising evil and satisfying fortune? 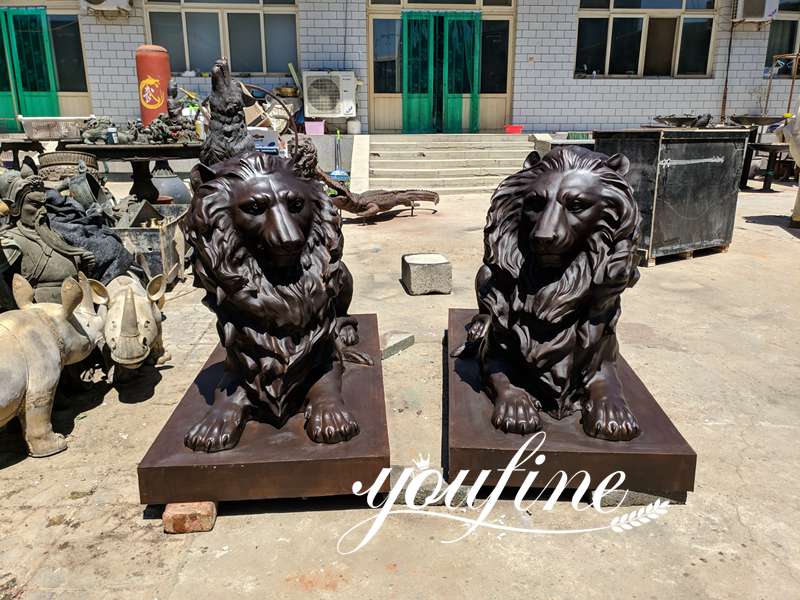 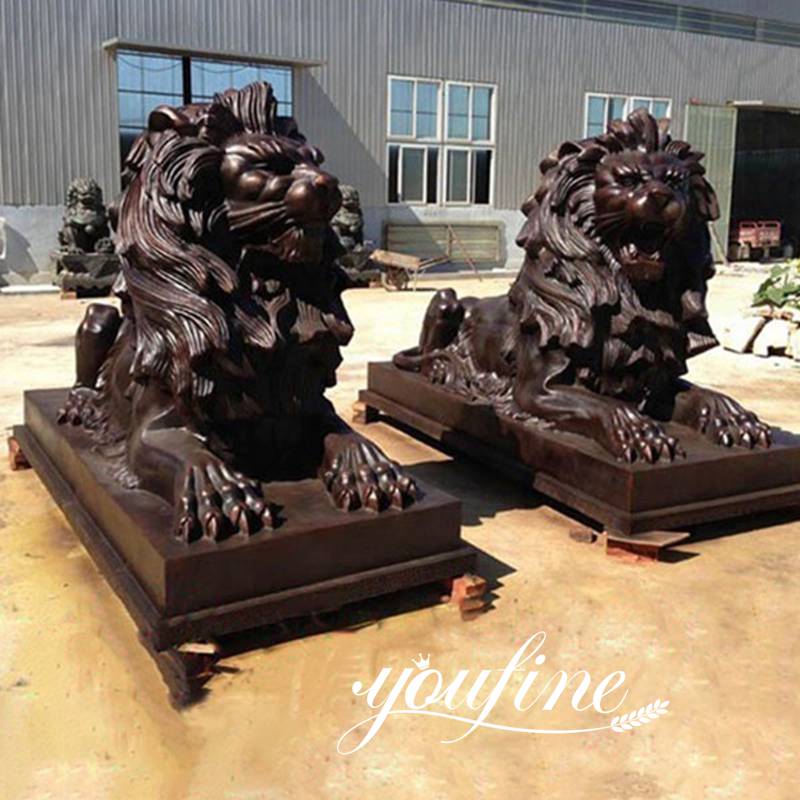 1. The bronze lion sculptures usually have a male and female as a pair. When placing the female on the left and the male on the right, it must not be turned upside down. If a pair of lions is damaged, a new pair of lions should be replaced immediately.
2. The direction and terrain of the lion’s head. The lion is more fierce and has a lot of evil spirits. The copper lion is used to prevent the monsters from entering the house. So the lion head must be out of the house. Placing the statue of a lion is an important consideration of the terrain. It is necessary to choose a wide site, and the place should be high rather than low. Only when the lion is condescending to show the king’s air.
3. It is consistent with the five elements of the house. The lion belongs to the qian hexagram, and the five elements in the northwest belong to the gold. Therefore, usually the lion can be effective when placed in the northwest. The principle is to be specific to the five elements of the house. If modern houses encounter adverse situations such as straight roads and relative roof corners, lion statues can be placed to block them.
4. Adding a lion head on the gate is mostly used to dissolve the evil spirits outside the house, so if you can’t put a stone lion on the gate to sit in, then you can add a metal lion head on the gate, which can also play a role in blocking the evil. There are lion heads on many gates in the northern rural areas in order to defuse the evil spirits outside the house. In addition, some city sculptures are also placed on bronze lions, which have auspicious meaning and shelter the whole city.

The sculpture of a lion means majesty. The lion looks fierce, unstoppable, and powerful. It is the king of beasts. In China, the ancients believed that the lion could not only ward off evil spirits, but also bring auspicious air. The combination of lion culture and geomancy culture has produced a kind of majestic town house treasure-lion statues of various materials and shapes. It not only appeared outside the gates of palace offices and large households, but also placed a pair of majestic lion statues at the gates of some temples and temples, in front of mausoleums, and on bridges. It is more important to place a lion statue to consider the topography. Generally speaking, the place should be high rather than low, and there should be an open space in front of it. Only when it is condescending, can the lion statue show extraordinary aura, and with enough space, can the lion be useful.

If you want to purchase a pair of bronze lion sculptures, please send your requirement to our email or call us.