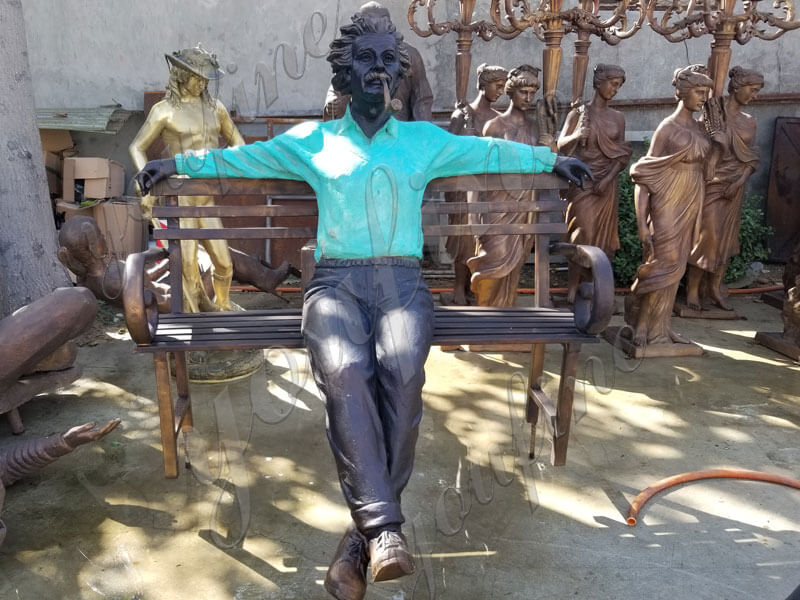 A German-born physicist, Albert Einstein, we made the Full Size Physicist Albert Einstein Statue for public park,developed his first pioneering theory when he was working as a clerk at the Swiss patent office in Bern. After naming four scientific papers published in 1905, he continued to win the global reputation of global relativity and the 1921 Nobel Prize for his interpretation of the photoelectric effect. An outspoken pacifist, openly recognized in the Zionist movement, when the Nazis came to power before the Second World War, Einstein emigrated to the United States from Germany. 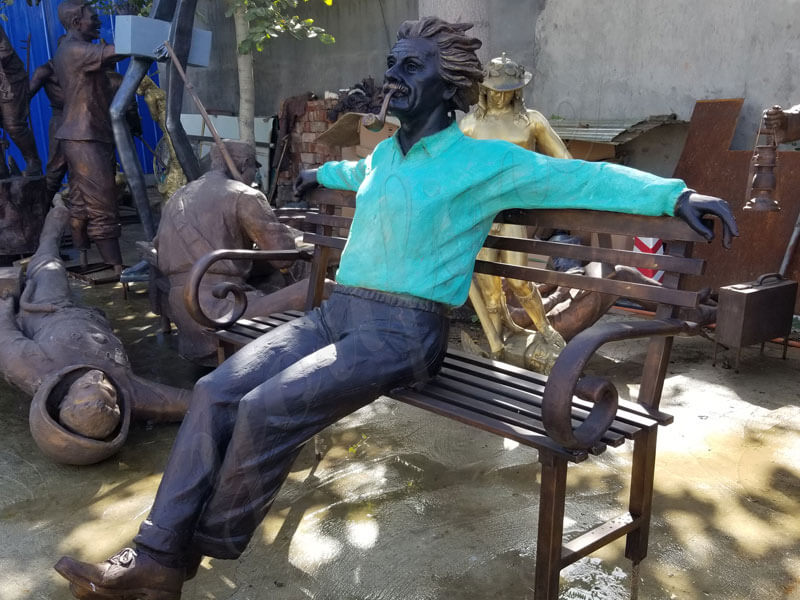 He lived and worked for the rest of his life in Princeton, New Jersey.
Einstein’s early life (1879-1904) Albert Einstein was born on March 14, 1879 in the southern German city of Ulm, where a middle-class Jewish family in Munich grew up. As a child, Einstein was fascinated by music (he was playing the violin), Mathematics and science. He dropped out of school in 1894 and moved to Switzerland, where he resumed his studies and later entered the Swiss Federal Institute of Technology in Zurich. 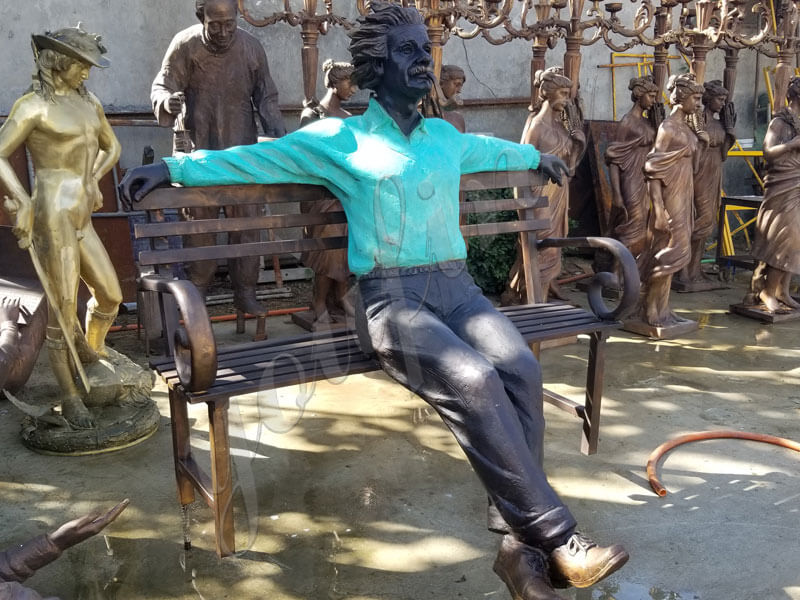 In 1896, he renounced German citizenship and remained formally stateless until he became a Swiss citizen in 1901. Do you know? After Albert Einstein learned of the use of the atom bomb in Japan, he almost immediately became an advocate of nuclear disarmament.

He set up an emergency committee for Atomic Scientists and supported the Manhattan program scientist J. Linefrom against the hydrogen bomb. At the Zurich Institute of Technology, Einstein fell in love with his classmate Milleva Marić, but his parents opposed the game and he lacked the money to marry. The couple had an illegitimate daughter, Lieserl, born in early 1902, of which little-known.

the client love the full size Albert Einstein Statue  we made, YouFine Art Foundry focus on made the custom made sculpture from photo, if you want a sculpture of yourself, maybe we will help you fulfill your dream.

After finding a clerk at the Swiss patent Office in Bern, Einstein married Marić in 1903, and they also had two children, Hans Albert (born 1904) and Edward (born in 1910).
Einstein’s Miracle Year (1905) During his career at the patent office, Einstein did some of the most creative work of his life, producing no less than four groundbreaking articles in 1905 alone. In his first paper, he applied the quantum theory (developed by German physicist Max Planck) to explain the phenomenon known as photoelectric effect, which emits charged particles when irradiated by light.

The second article contains Einstein’s experiments on the existence of atoms, which he has obtained by analysing Brownian motion, in which tiny particles are suspended in water. In the third and most famous article entitled “Electrodynamics of Moving Objects”, Einstein faced the obvious contradiction between the two main physics theories: Isaac Newton’s absolute space and time concept, and James Clerk Maxwell’s view that the speed of light is a constant. To this end, Einstein introduced his special theory of relativity that the laws of physics are the same even for objects moving in different inertial frames (that is, relative to each other at a constant speed), and that the speed of light is constant. In all inertial frames. The last paper deals with the basic relationship between quality and energy, which was previously considered completely independent of the concept.

Einstein’s famous equation E = mc2 (where “C” is the constant speed of light) expresses this relationship.
From Zurich to Berlin (1906-1932) Einstein continued to work at the patent office until 1909, when he finally found a full-time academic position at the University of Zurich. In 1913, he came to the University of Berlin, where he was appointed Director of the Institute of Physics at the Emperor William. The move coincided with the beginning of a romantic relationship between Einstein and his cousin Elsa Lowenthal, who eventually married after leaving Mileva. Einstein published his General Theory of relativity in 1915, and he thought it was his masterpiece. The theory found that gravity and motion can affect time and space. According to Einstein’s equivalent principle-it thinks that the force of gravity in one direction is equal to the velocity in the opposite direction-if the light is bent by acceleration, it must also bend under the action of gravity.

In 1919, two expedition experiments were conducted during the total solar eclipse, discovering that light from distant stars was deflected or bent by the gravitational pull of the sun, as Einstein predicted. General relativity is the first important theory of gravity since Newton, and for more than 250 years, the result has been a huge sensation worldwide, with the London Times claiming the “Scientific revolution” and the “New Theory of the Universe”. “Einstein began touring around the world, speaking in front of thousands of people in the United States, Britain, France and Japan. In 1921, he won the Nobel Prize for the photoelectric effect because his work on relativity was still controversial.

Famous 85 Inches St. George and the Dragon Statue Replica in Bronze for Outdoor